Along with the sustainable and increasingly new development of the university, is the increasingly demanding for discipline, morality and the spirit of serving from the students, with the honor to become members of Ton Duc Thang University, one of the leading university of Vietnamese higher education today. 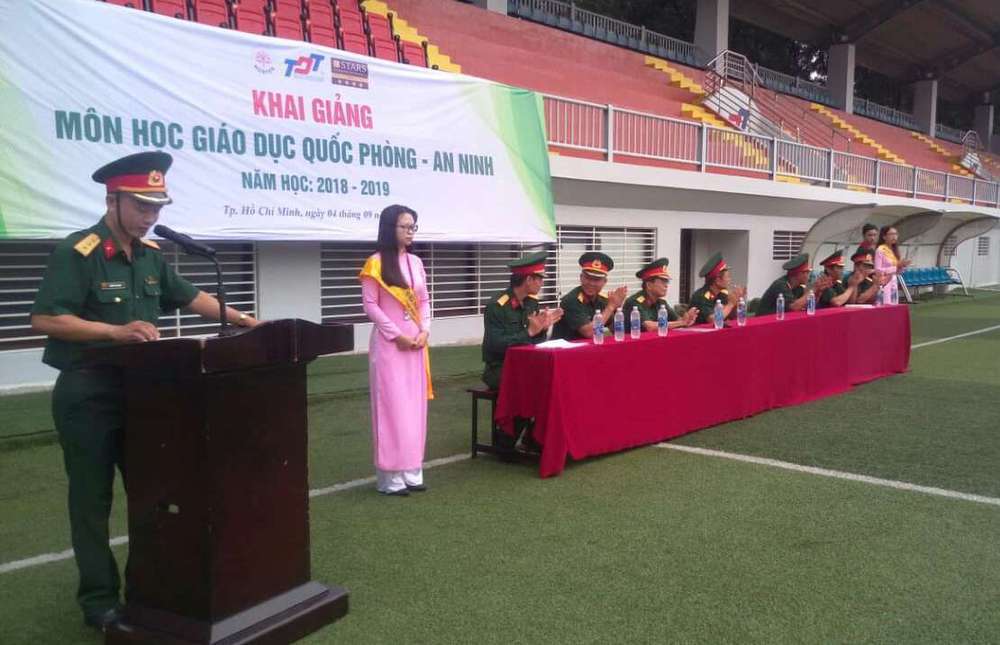 With the permission of the Presidential board, the Center for National Defense – Security Education has cooperated closely with agencies and organizations to hold the opening ceremony of the "military skill module" of the National Defense - Security Education course from 04/09/2018 to 23/09/2018 with the participation of nearly 1,500 university freshmen of Academic year 22.
At 07:30 on 04/09/2018 at the university’s stadium, the opening ceremony took place in the joyful atmosphere and excitement of many people who just enter the new academic environment. After the dignified flag salute; Colonel Nguyen Tien Loc, Director of the Center for National Defense – Security Education declared the beginning of the military skill module for the academic year 2018 - 2019.
With a short speech, he addressed some messages to the students of the academic year 22 such as the iron discipline of the military, the self-esteem to overcome difficulties, the spirit of serving the university, as well as the meaning of the program of 3 ethics education of the university...
He hoped that this military module would be an opportunity for the students to study and train themselves on the path of self-improvement, which is the foundation for solid learning, training and dedication at the university named after the beloved President Ton Duc Thang.
At the end of the opening ceremony, the students eagerly mobilized to the assigned positions for the first day of working in classrooms with the military’s organizational model. We hope that the 20 short days will contribute to nurturing good seeds for the society, to building the country more and more beautiful in the future./.
Some photos of the opening ceremony: 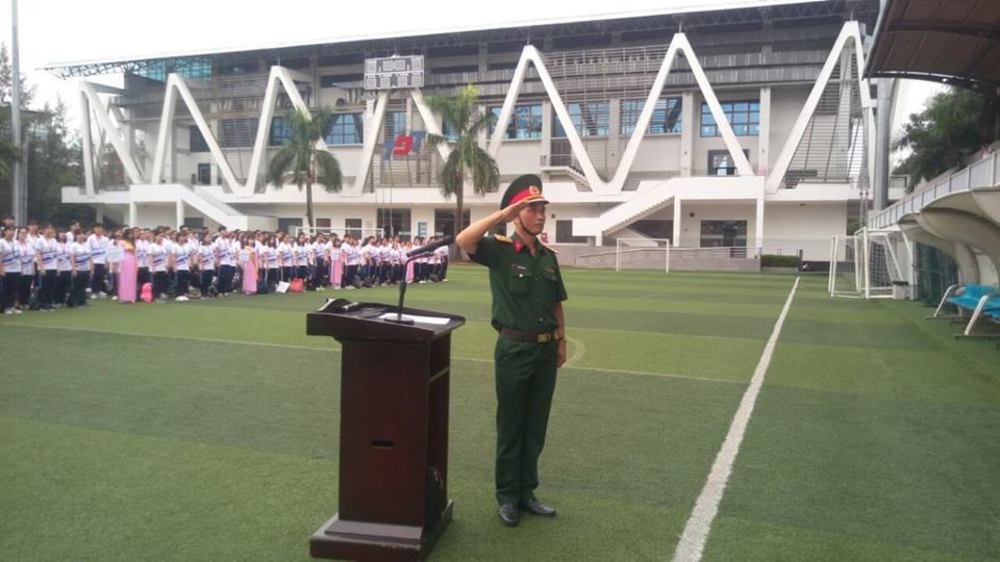 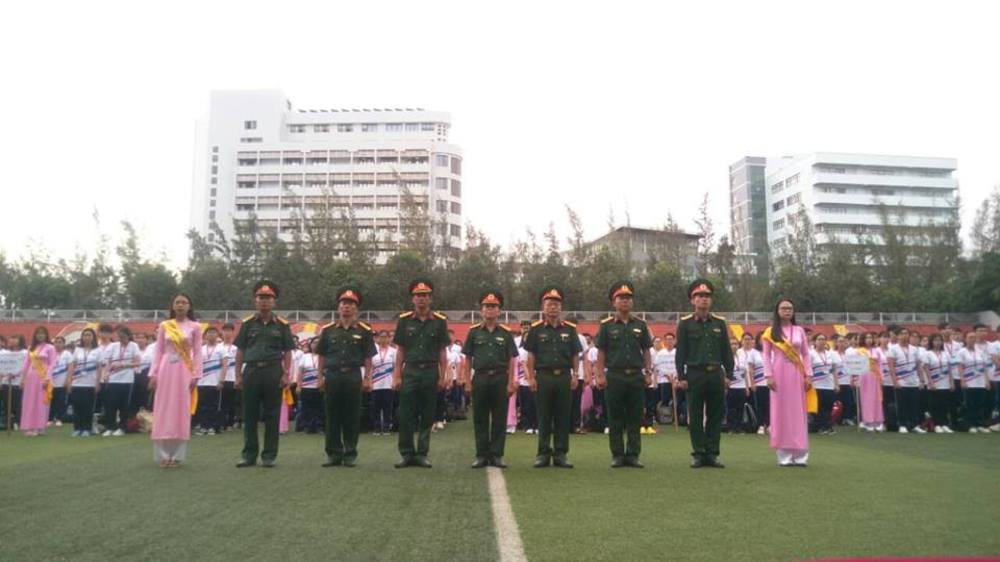