In December 1944, Ho Chi Minh, Vietnamese Communist leader, directed to establish the Vietnam Propaganda Liberation Army Team. The direction emphasizes: "The name of the Vietnam Propaganda Liberation Army Team" means that politics is more important than military, propaganda than war ... It is not only the propaganda team ... but also the beginning of liberation army, and it can take into effect from South to North as well. 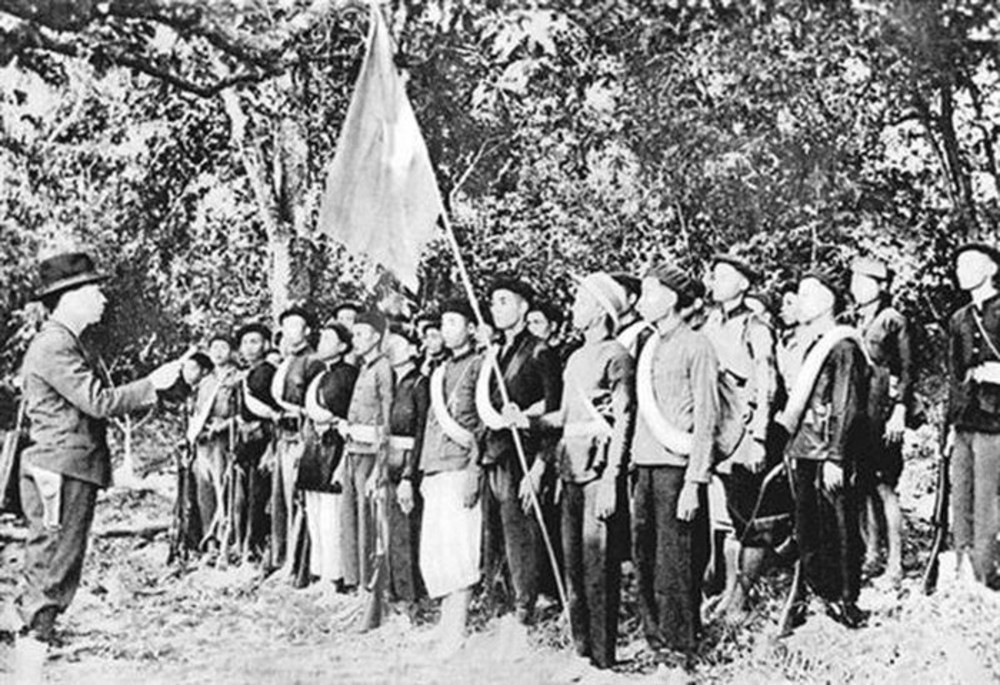 On 22 December 1944, in the forest of Nguyen Binh District (Cao Bang Province), the Vietnam Propaganda Liberation Army Team was officially established, consisting of 3 battalions with 34 soldiers selected from those of Cao-Bắc-Lạng, directed by the General Vo Nguyen Giap. This is the first major unit of the revolutionary armed forces and the predecessor of the Vietnam People's Army.
Only 34 people, with 34 guns of all kinds, but they are loyal and brave soldiers from the Cao-Bắc-Lang guerrillas, National Salvation Army ... are children of all strata of oppressed people. Their patriotism, high hatred of the enemy ... have squeezed them into a solid block that no enemy can break.
After the establishment ceremony, the team had a meal without vegetables and salt to raise the spirit of not being afraid of hardships, sacrifices ... of revolutionary soldiers, and organized "the guerrilla night" with local people to tighten the solidarity between the army and the people. 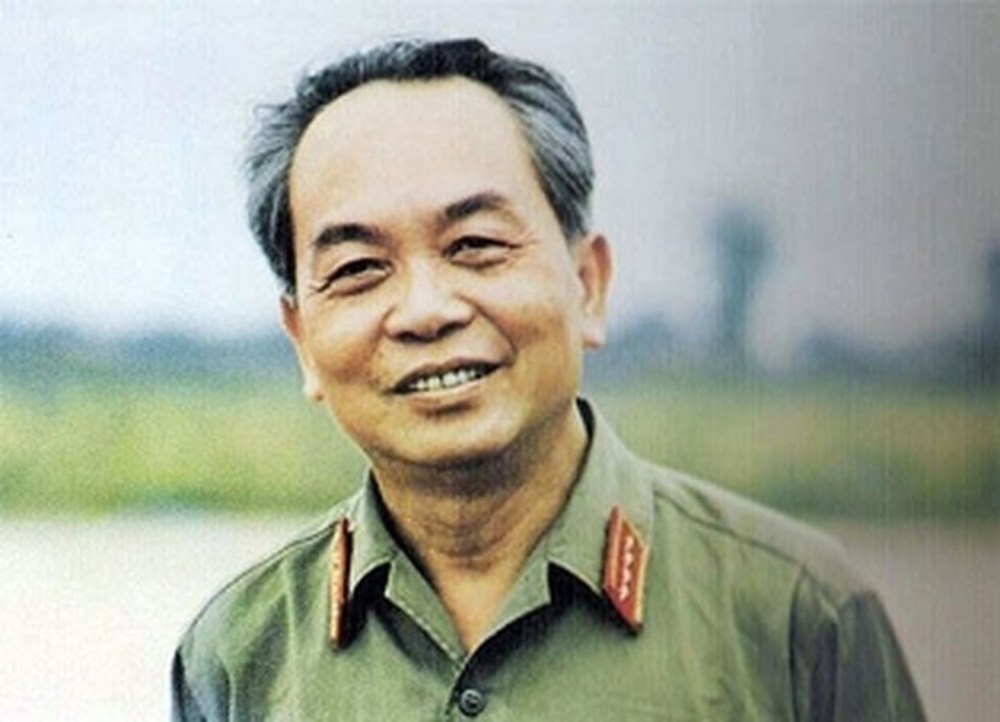 The General in a faded uniform with an indulgent smile

Witnessing the birth of that army, The General Vo Nguyen Giap wrote: "... On 22 December 1944 at 5 pm, the establishment ceremony was held in a forest between Tran Hung Dao and Hoang Hoa Tham. The Vietnamese Propaganda Liberation Army  Team was born under the protection of these two national heroes ... Our feeling in those sacred moments was hard to describe ... we forget that we were 34 people with rudimentary rifles, but we thought this was a powerful troop that no power could subdue, and it was ready to crush its enemy... ".

Following the direction "win the first battle", right after the establishment, the Vietnamese Propaganda Liberation Army Team had cleverly, boldly and suddenly attacked Phai Khat Fort (at 17:00 on 25 December 1944) and the next morning (at 07:00 on 26 December 1944) broke into Na Ngan station, destroyed two forts, killed two chiefs, captured the entire soldiers, collected all weapons, military equipment. Winning two battles, Phai Khat and Na Ngan, started the tradition of destroying, being sure to win, and winning the first battle of our army.
In the nine-year resistance against French Colonialism
“Nine years made Điện Biên
Be red flowers and golden pages”
(Tố hữu)
Our army together with the people made a victory "widely known in five continents, agitating the earth" with Dien Bien Phu campaign (7/5/1954). This victory confirmed the strength of the people's war and the great development of our army when defeating the modern expeditionary army of french colonialism, completely ceasing the invasion of French colonialism in our country and other countries in Indochina Peninsula.

During the resistance war against American:
The Vietnam People's Army plays a key role. Our army is to build up the Vietnam People's Army to be regular and modern; develop the North into the socialism; together with the entire Vietnamese people, defeat the American strategies. With the Spring 1975 General Offensive and Uprising, ended with the complete victory of Ho Chi Minh Campaign, liberating completely the South of Vietnam, reunifying Vietnam.

“Faster, much faster,
bolder, much bolder,
making use of every minute, every hour to rush to the front
to liberate the South while being determined to win the victory”
(General: Võ Nguyên Giáp) 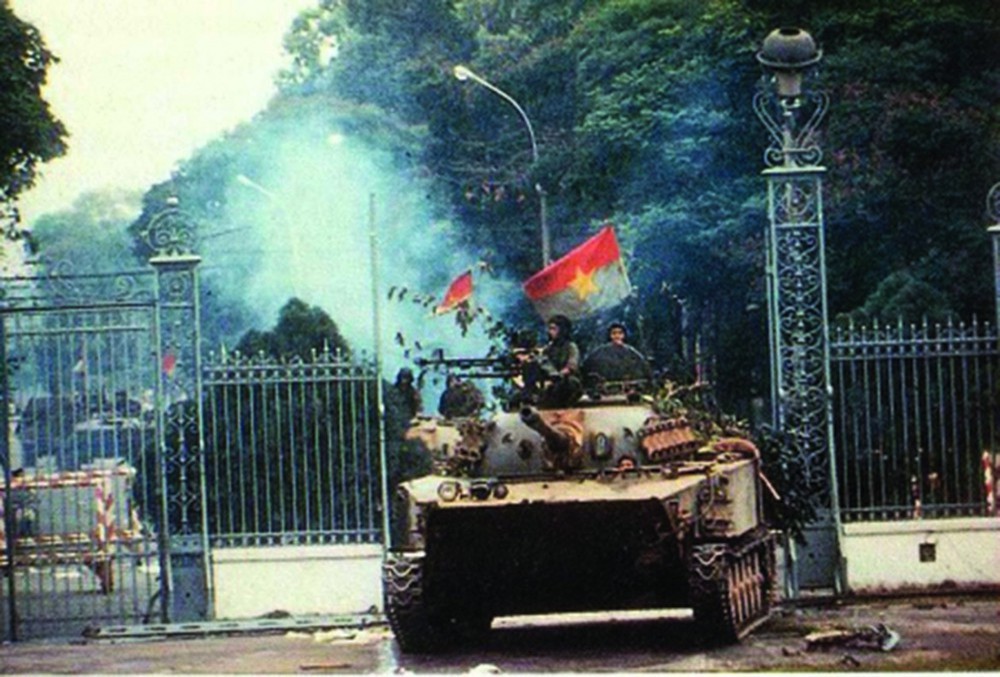 In the cause of national construction and defense:
After the historic victory in 1975, the People's Army of Vietnam and the people of the whole country have overcome the consequences of the war, successfully carried out the wars to protect the northern and southern borders, maintained the independence, unity and territorial integrity. Our army pushed up the training, built regular rules, and participated in socio-economic development. It can be affirmed that over 30 years of renovation, the People's Army of Vietnam has made a worthy contribution to the achievements of the country, clearly demonstrated the political position to the front of national construction and defense, and excellently finished the tasks assigned by the Party, Government and People. These are: solid protection of independence, sovereignty, unification of territorial integrity; protecting the Party, the Government, the people and the socialist regime; repelling and defeating all conspiracies, anti-socialism activities of hostile forces; uplift the spirit of revolutionary vigilance, willingness to fight ... Military officers and soldiers had overcome all difficulties and challenges, actively worked for economic development. In the public relations work, the army had contributed actively to propagate and mobilize the people to successfully implement the Party's guidelines and policies, the Government's legal policies, participate in building the political system, strengthen national defense - security, actively help people reduce poverty, build new countryside; prevent and overcome the consequences of natural disasters, search and rescue.

Defense foreign affairs - to perform lofty international obligations:
The army has actively expanded defense relations with 80 countries and international organizations. Since 2006, the army has participated in the ASEAN Defense Ministers' Meeting actively, positively and responsibly, contributed to strengthening the central role of ASEAN in the regional security architecture.
As of November 2018, nearly 100 officers and medical officers joined the peacekeeping force of the United Nations in South Sudan. 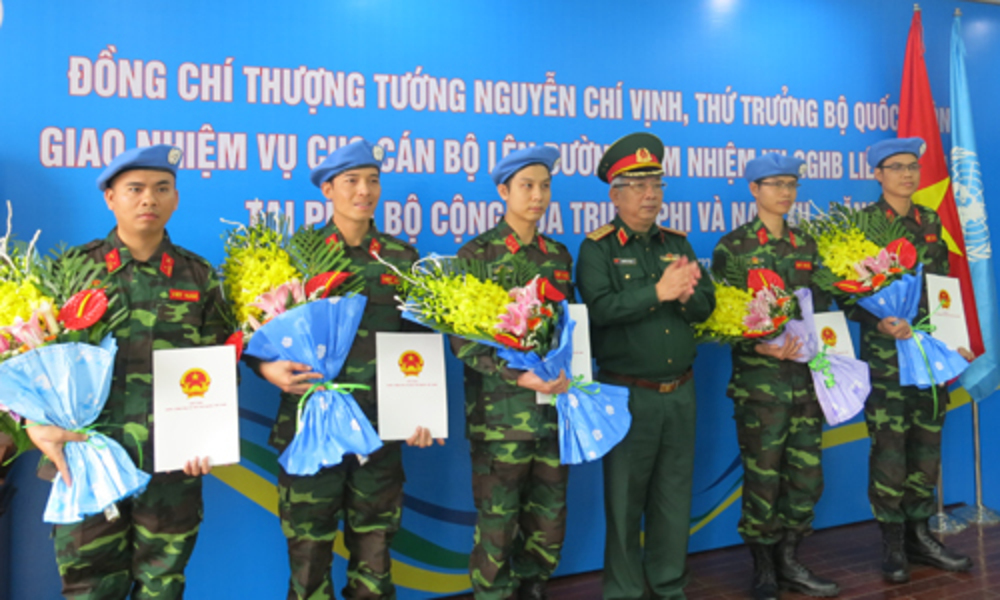 The soldiers set out to do peacekeeping missions

Over 74 years of fighting, building and growing up, with the victories recorded in the glorious history of the nation as bright symbols of the army from the people, fighting for the people, Our army has built up the beautiful traditions of "Uncle Ho's soldiers." Since its establishment day, the Vietnam Propaganda Liberation Army Team has been constantly developing, mature and modern. 22 December 1944 is defined as the traditional day of the People's Army of Vietnam. An army of the people, by the people, for the people; always stick with the blood of the people, always trusted by the people, always worthy of the teachings of President Ho Chi Minh “our army is loyal to the Party, filial to the people, willing to fight and sacrifice for the independence and freedom of the country, for the socialism to fulfill any task, overcome any difficulty and defear any enemy."