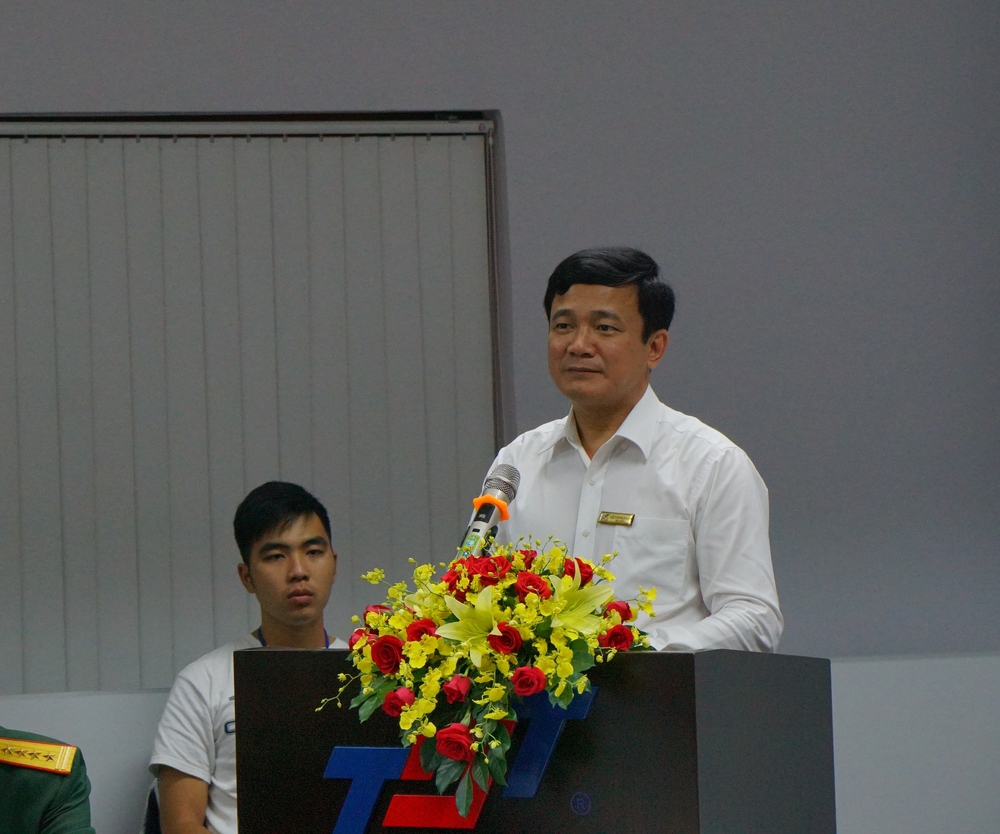 Prof. Le Vinh Danh - Party Secretary, President of the University -
Giving the speech at the Ceremony

To begin the ceremony, the Colonel Nguyen Tien Loc - Director of Defense – Security Education Center read the speech to commemorate the glorious and heroic revolutionary tradition of the Vietnam People's Army during 74 years of building, fighting and maturing under the ingenious leadership of the Party and beloved Uncle Ho. Thrill and pride were the general mood of all veterans, who used to hold guns to fight, but now they are holding pens and books to contribute to the cause of national construction and development. 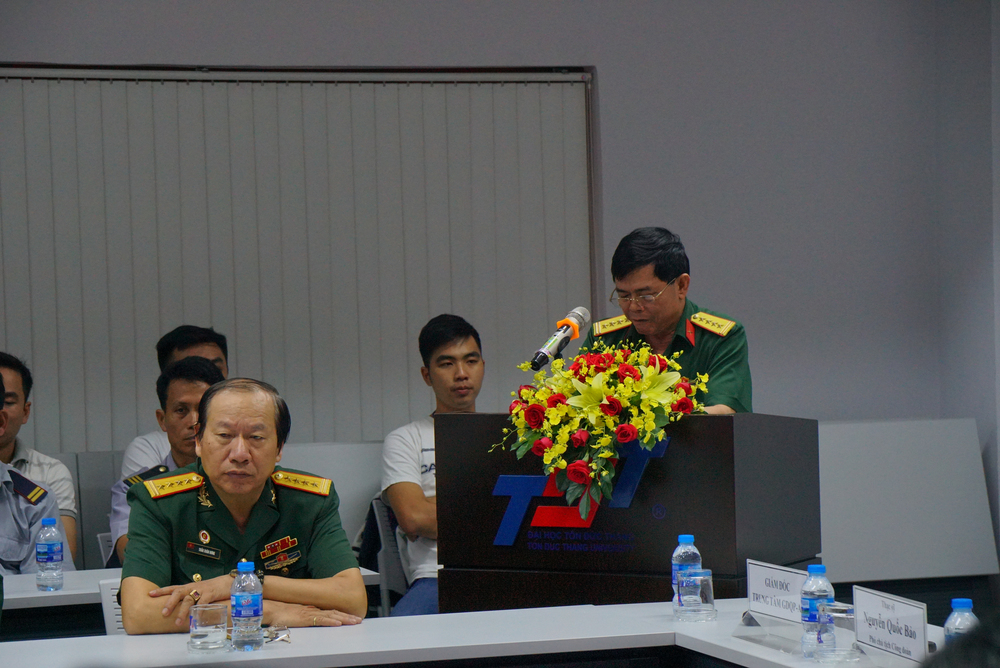 At the ceremony, Prof. Le Vinh Danh praised and acknowledged all veterans as those who have done well in their positions and contributed to the fast and sustainable development of the University for the past time. He used to be a soldier; therefore, he understands what the soldiers had experienced, with a spirit of heroism and determination of “Uncle Ho’s Soldiers” to overcome all the hardships. He trusted and wished the Veterans to try harder, work better in their positions to contribute more to the overall development of the University. On this occasion, the President also gave his regards to the families of the Veterans, and wished them to be healthy and successful.
Appreciating the affection that the President has had for the veterans, Colonel Nguyen Tien Loc, on behalf of all Veterans, thanked and promised to the President that they will try harder, and work more to deserve the title of "Uncle Ho's soldiers". Also at the Ceremony, the Presidential Board gave meaningful gifts to all Veterans to acknowledge their contributions to the University.
In the joyful atmosphere, the Veterans performed the heroic songs of a military period and told each other the stories of the battlefield, the heroic days when they were putting on the military uniforms. 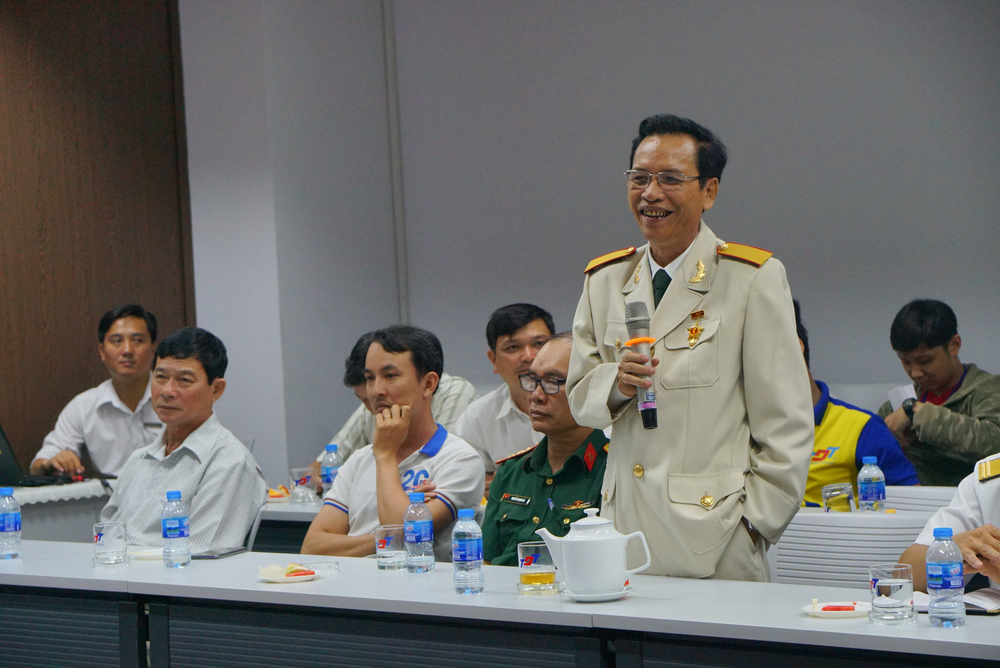 Comrade Le Hai Thanh - Scientific Advisor of the Faculty of Social Sciences and Humanities, a veteran, telling the stories of the battlefield

The ceremony closed in a worthwhile emotion, and the image of the soldier in the past seemed to show up in everyone's mind. The war has ended, military days have become the past, but the memories are always in the mind of each person and those soldiers always tell themselves that "Labor is Glory". Working, devoting and contributing to the beloved Nation is an honor and pride, as President Ho Chi Minh said, "Our army is loyal to the Party, devoted to the people, ready to fight and sacrifice for independence and freedom of the Fatherland, for socialism. Fulfil any task, overcome any difficult and defeat any enemy"./.
Some photos: Prof. Le Vinh Danh – Extending congratulations on the occasion of the founding of the Vietnam People's Army 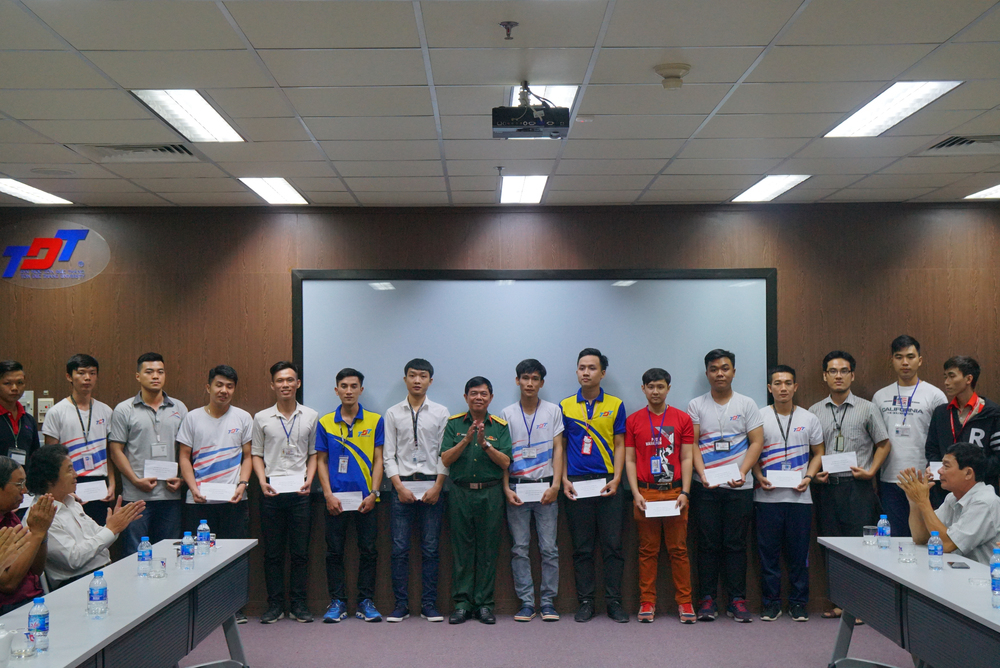 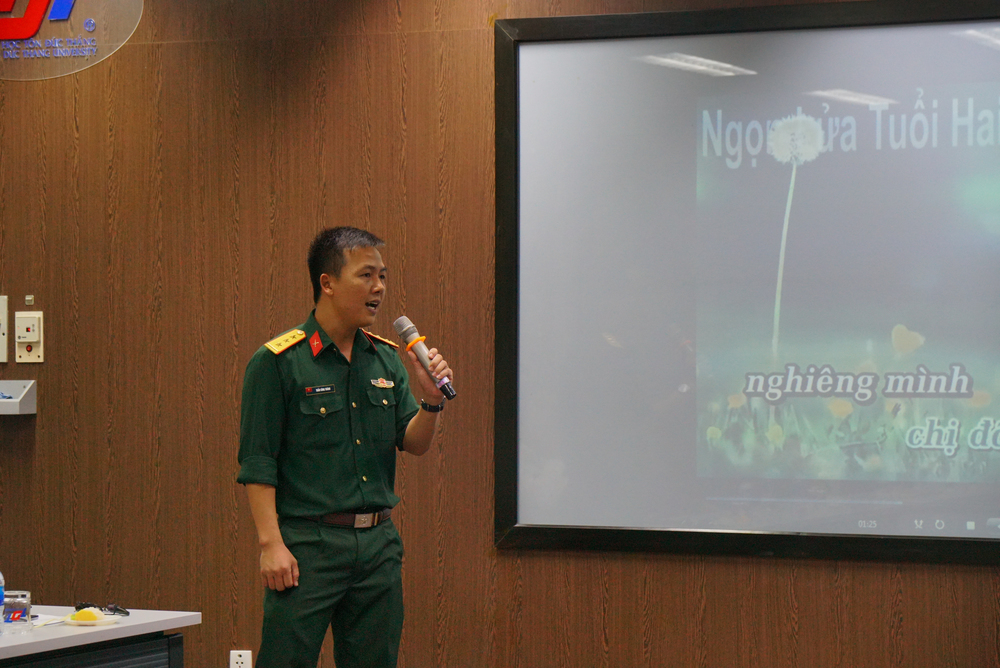 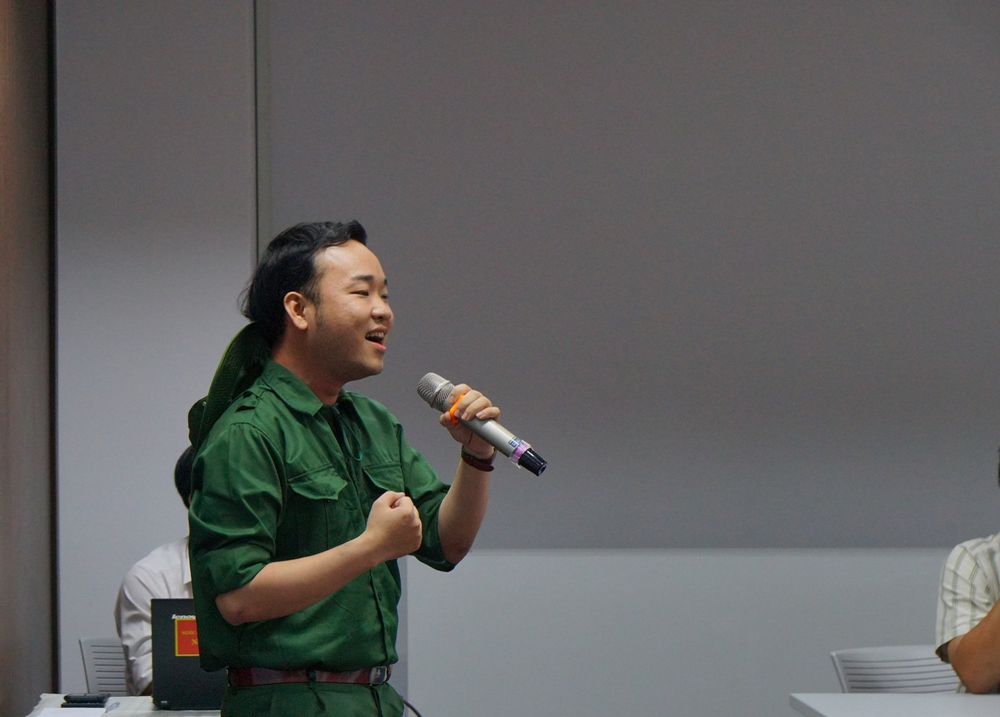 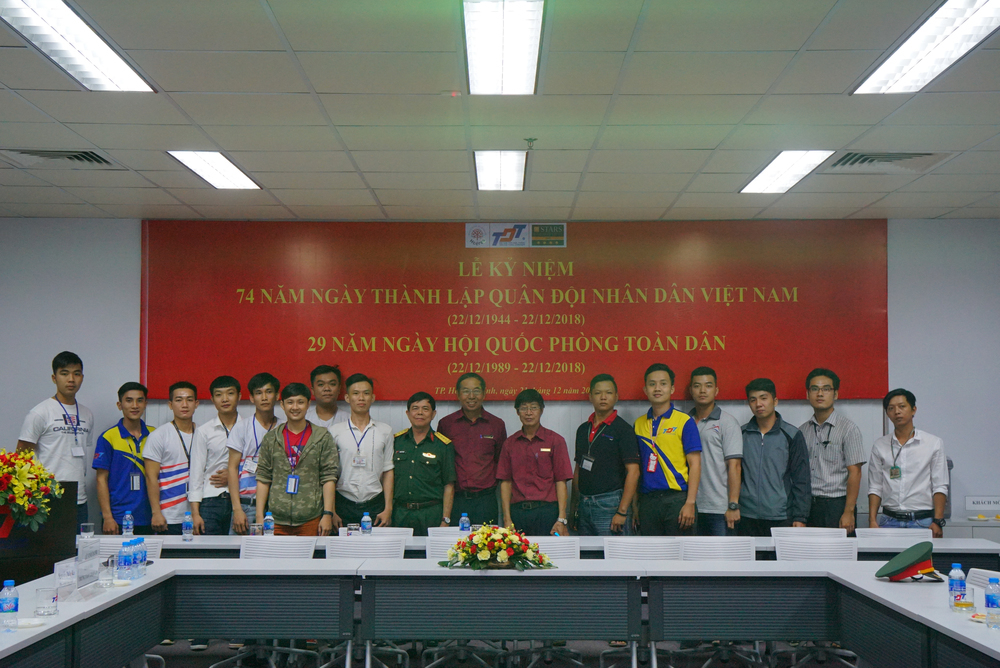